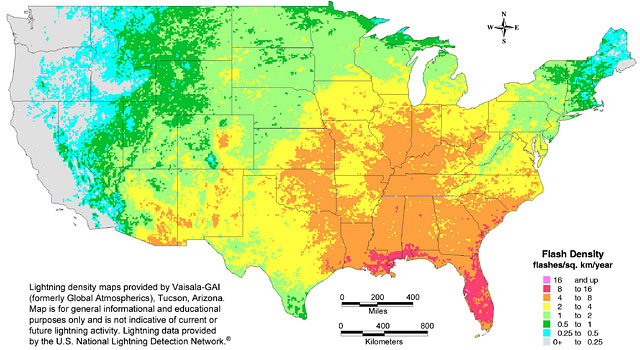 As spring approaches here in Atlanta, now is a good time to assess your surge protection system to help guard against lightning damage to the electronic devices in your home.  Of course, nothing can guard against a direct lightning strike, but there are steps you can take to minimize lightning and surge damage.

Thirdly, check the adequacy of surge protectors previously installed. The indicator light should show that the suppressor is still working (remember surge suppressors are meant to be sacrificial protection for the expensive electrical components plugged into them).  Make sure that the suppressor complies with  UL 1449 standards and that its clamping voltage is adequate.  Re-familiarize yourself with any warranties that may be offered on the suppressor and on the components they are supposed to be protecting.  Remember, many extended warranties require proof that equipment was connected to a proper surge protector before they will pay damage claims.  In addition, many insurance companies offer discounts on your homeowners policy when surge protection is present in your home.

As one might imagine, this awesome display of power can cause a lot of damage.  The Insurance Research Council states that lighting tops the list of homeowner insurance claims, accounting for 25% of all claims filed.  With the improvements in performance and energy efficiency, many appliances and devices in today’s homes such as dishwashers, refrigerators, garage door openers, and washing machines, for example, are extremely sensitive to the effects of lightning strikes, even if the lightning only strikes close to the house and not the house itself.  Simply unplugging the TV or computer with the approach of a storm just doesn’t get it done anymore!  As consumers become educated about the danger and the damaging effects of lightning on modern electronics and appliances, the demand for protection against the hazards of lightning and associated surges has increased.

So….what can you do to protect your home’s electrical system and your electronics and appliances from the ravages of lightning?  You need surge protection.  These devices will divert the surge caused by lightning safely to ground, thus protecting the sensitive electronics found in modern appliances, home theater systems, computers, security systems, and almost every other plug in and hardwired device that makes our lives easier.  Surge protection devices need to be properly grounded and should have an indicator light that will let you know the system is operating properly. 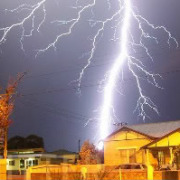 The benefits abound for using surge protection.  Not only are you protected against lightning strikes, whole house surge protectors will arrest the many surges that come in to your home from the utility company each day.  This can increase the life of your appliances and electronics up to 30%.  In addition, many home owners insurance plans offer a discounted rate for homes that employ surge protection devices.  Manufactures have also enacted new policies and many manufacturers warranties and extended warranty plans have specific sections dealing with surge protection requirements of the covered products.

Surge protection is a must in today’s world ruled by electronic devices.  With the coming of Spring storms, the time to protect your home is now.  Give our experts at Belco a call for surge protection in the Atlanta area and feel safe when the lightning flashes this Spring!  In anticipation of the Spring storms, Belco is offering a discounted price of $279.00 for the installation of a whole house surge suppressor.  This special offer is good now through April 30th, 2014.  Call our office at (770) 455-4556 to schedule, and mention this blog to receive the special rate.

For more information on surge protection and how it works, check out our previous blog “Surge Protection, It’s Not Just For Computers Anymore”.

Want to join the discussion?
Feel free to contribute!